“To say that 2020 was a challenging and uncertain year would be the understatement of the century,” began General Manager, Dustin Durden in his remarks to the attendees at the 69th Annual Meeting of Pineland Telephone Cooperative, Inc. With more than 240 registered members, this year’s annual meeting was an outstanding example of our return to normal after a most trying 2020.

Entertainment and employee recognitions were back on the agenda at the June 10th event with Daniel Durden bringing a trifecta of talent to the day. Daniel’s ten-song play list included some guitar picking, piano playing, and a soulful voice coming into its own at the tender age of seventeen. Additionally, five employees were recognized for their achievement in years of service: Wesley Braddy (15), Ashley Aldrich (10), Mandi Cisneros (5), Tony Doyle (5), and Matt Massey (5).

Mark Bland, Cooperative President, echoed the remarks displayed in the latest marketing media
distributed by Pineland Telephone, “’We are here’, in the good times, as well as the bad. The ‘Servant’s Heart’ we espouse in our creed was exhibited in full force during this pandemic. During a crisis is when you find the greatest opportunity”, continued Bland. “Your cooperative found it and acted upon it!”

In 2020, a 32% increase in production was found over the previous year with 1,661 new internet services installed to new members and customers versus 1,261 in 2019, Durden reported. The network itself saw a 20% increase in traffic due to work-from-home, home-schooling, telemedicine opportunities, and more. He also discussed how the cooperative learned how to do things more efficiently and has continued that path as this pandemic subsides. Pineland will remain vigilant by investing in new technology and network equipment to ensure service remains robust and resilient continued the general manager.

“This pandemic has shined a great big spotlight on the need for broadband service in rural areas”, stated Durden. “Politicians and policy makers in Atlanta and Washington DC have set their eyes on solving the digital divide in our state and country. We applaud the efforts put forth for additional funding for networks that would bring service to today’s broadband deserts. Therefore, I have committed, and your board has committed, to be at the forefront on making sure that sound policy is set in Atlanta and DC. We must ensure that success stories like the Pineland story are not threated by unproven entrants just because they have a new idea and a new coat of paint.” 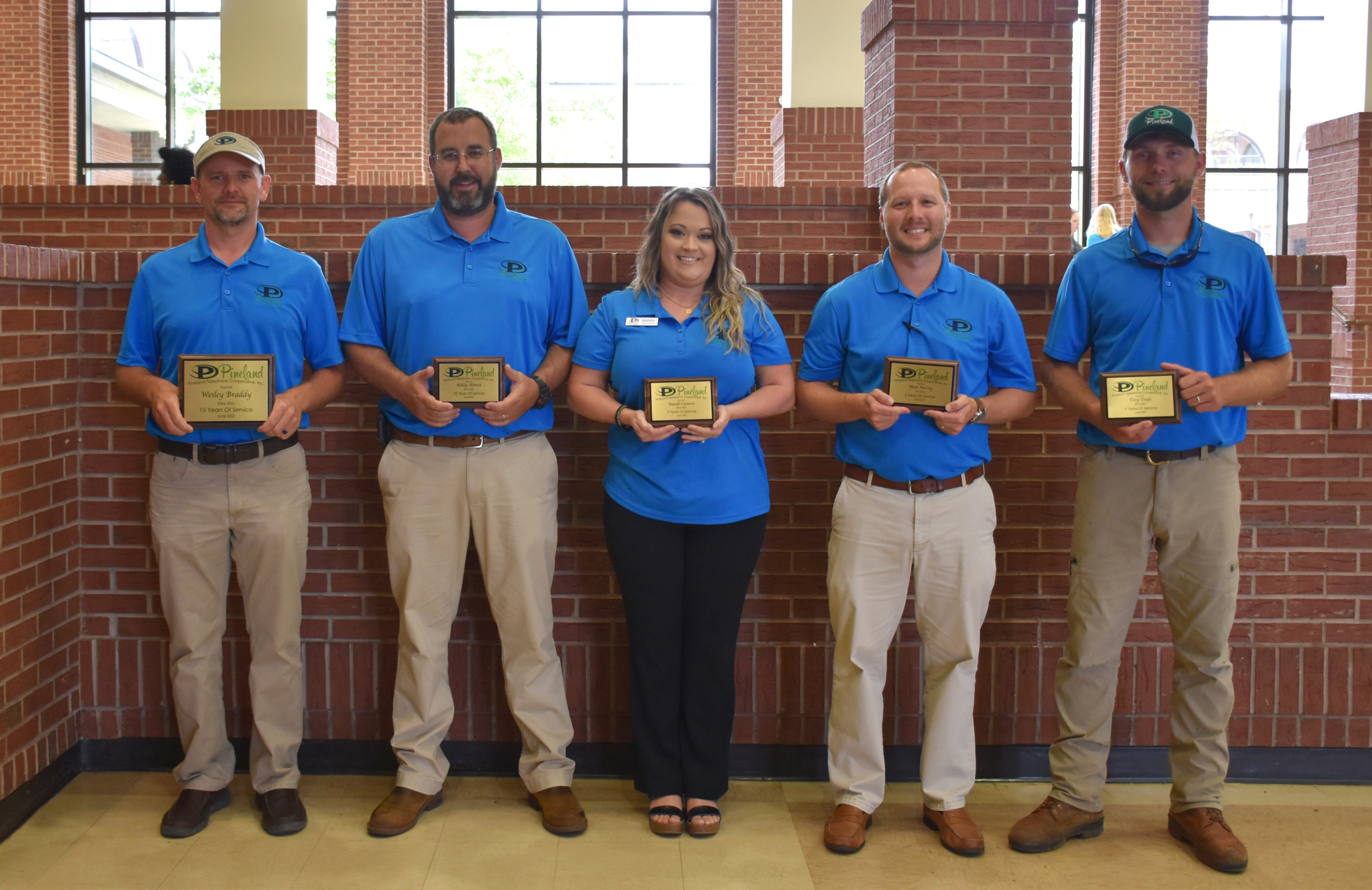 Pineland Telephone serves over 1,300 square miles in all or parts of ten-counties and seventeen exchanges in South Georgia, bringing Telephone, Internet, Technology, and Security solutions to its customers. Nearing its 70th year, 100% of Pineland’s customers receive their services via a dedicated Fiber-to-the-Home network capable of delivering broadband speeds up to 1 Gigabit per second.

Pineland’s mission is to offer an outstanding customer experience through the efficient delivery of
progressive technology solutions in the markets served. We will achieve this mission by applying our Core Values of Excellence, Integrity, Innovation, and a Servant’s Heart in everything we do.